A place like no other in Upstate New York. 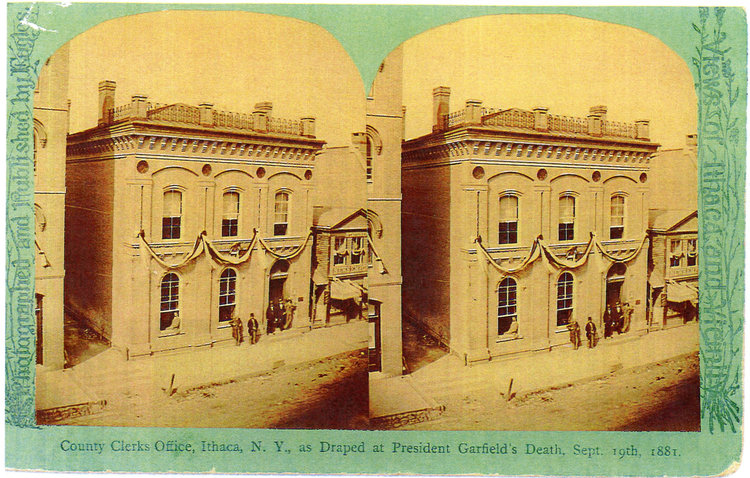 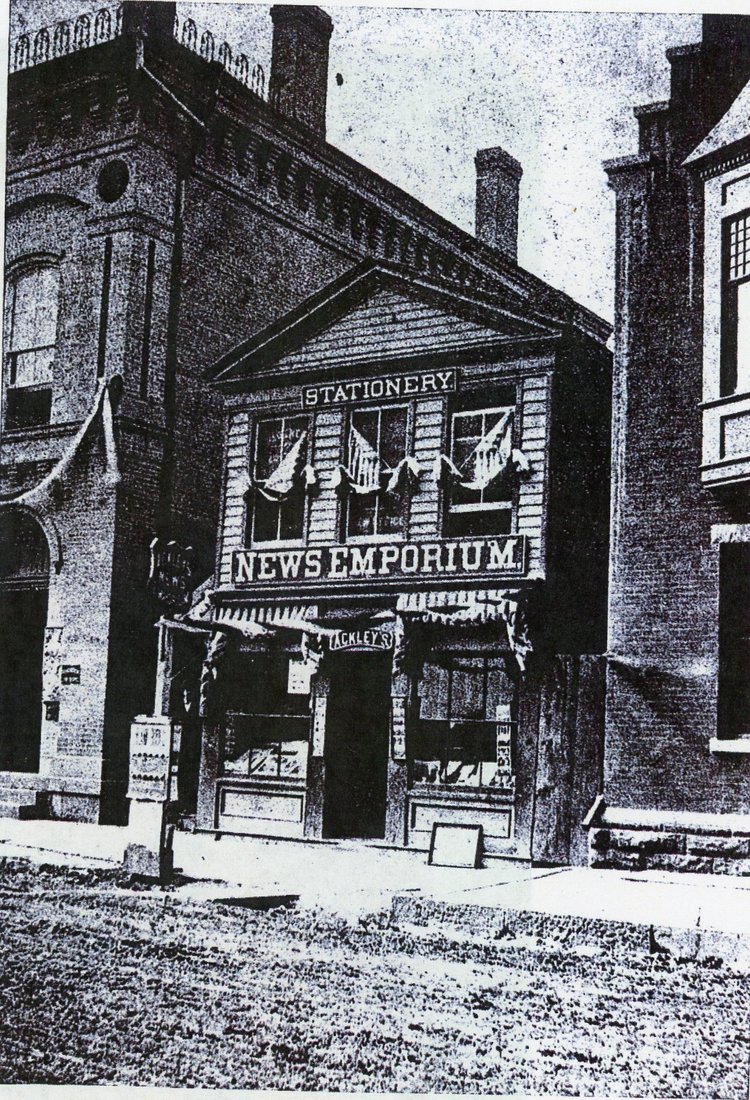 There's History Behind These Walls

It’s fitting that our building is housed in quarters that encompass so much of the county’s retail, entertainment, banking, and government history. The site on North Tioga Street’s “Bank Alley” is an amalgam of three different buildings joined together, each with its own history: the two-story former Tompkins County Clerk’s Office at 106 N. Tioga, the three-story former Ithaca Trust Company building at 110 N. Tioga, and the annex and glassed atrium that joins the two.

The lots on which these buildings stand were originally owned by early Ithaca landowner Abraham Bloodgood and then sold to New York Surveyor General Simeon DeWitt (Bloodgood’s son-in-law). DeWitt in turn transferred the properties to Ithaca lawyer David Woodcock, who served as village of Ithaca president, New York State legislator, and U.S. congressional representative in the early 1800s.

The oldest of the buildings is at the south end of the site. Built on plans drawn by architect and builder John H. Maurice, it was completed in 1863 on a lot that was owned by Tompkins County from 1823 to 1949. Styled after an Italian palazzo, the elegant brick-faced building has distinctive sunburst motifs over the first-floor windows and brick corbels on courses separating the first and second story. Pilasters capped with circular floral motifs frame the second-story windows. A cornice with corbel brackets accents three sides of the building.

The building at 106 N. Tioga Street served as the Tompkins County Clerk’s Office well into the twentieth century. The office included the County Judge and Surrogate’s Office and Children’s Court. In the 1930s, the Red Cross’s Ithaca Clothing Bureau rented space. An early county economic development group—the Tompkins County Development Association—had their offices in the building for two years in the mid-1930s. During the 1940s, it housed the Club Claret restaurant and nightclub owned by George Atsedes. On its opening night in November 1940, Club Claret patrons dined in the club’s Checkerboard Room and danced in the Claret Room to an orchestra with featured vocalist. Despite Atsedes’ long-term lease and improvements and an addition he made to the building—and a stipulation in an 1823 deed that the property only be used for the County Clerk’s Office—Tompkins County sold the structure to the Tompkins Trust Company in 1949.

A more modest, two-story frame building once stood on the lot directly north of 106 N. Tioga. Cornelia Ackley operated Ackley’s News Emporium there in the 1870s, where she sold books, newspapers, magazines, and stationery. “Every article required by the Great Reading Public, if not on hand, will be furnished on the shortest notice,” advertised the store in an early Ithaca directory. Cornell founder Ezra Cornell purchased the lot in 1870, and after his death in 1874 it stayed in his family until 1892. In 1917, ownership of the lot was transferred to the Ithaca Trust Company. From 1898 through the Great Depression, a “lunch shop” under various names operated out of the space. The building was demolished in 1941 and much later replaced with a glassed-in entry atrium.

The Ithaca architectural firm of Vivian & Gibb designed the impressive three-story stone, terra cotta, and brick headquarters of the Ithaca Trust Company in 1895 to replace an office building on the site. The architects’ chosen mix of materials gives visual interest to the façade. Two-story fluted Ionic pilasters unify the second and third stories. Shorter pilasters also flank the upper-story windows. The roofline is marked by an elaborate entablature with a projecting cornice, ornate brackets, and dentils. Arched windows anchor the first floor, while Palladian windows accent the third story. In the same year that the building was constructed, the Ithaca Trust Company purchased the western (rear) part of the adjoining 108. N. Tioga lot and sometime in the 1910s built a large annex. (In 1935, the Ithaca Trust Company merged with the Tompkins County National Bank to form the Tompkins County Trust Company.)

In addition to housing its own tellers and clerks, the bank building at 110 N. Tioga rented out space to other businesses and organizations. The Cornell Daily Sun and Cornell Alumni News managed their publications there in the 1900s and 1910s. The building’s own architect—Arthur N. Gibb and his Vivian & Gibb and later Gibb & Waltz partnerships—rented space as well. Lawyers also found a congenial home there, including Sherman Peer and George S. Tarbell, who hung his shingle in the professional offices for about four decades, and the Tompkins County Bar Association Library. In the 1920s and 1930s, agricultural groups, including the Cooperative Grange League Federation Exchange (which later became Agway), the Agricultural Advertising & Research Service, and the New York State Cooperative Official Poultry Breeders, leased offices from the bank.

In 1953, four years after the Tompkins County Trust Company purchased the old County Clerk’s Office, the two larger buildings became unified into one large bank office. Major renovations in the early 1980s knocked down walls between the two main buildings to create “windows” linking the spaces.

The Center will bring several cultural and tourism groups under one roof. On the main floor where tellers once tallied banking transactions, the History Center in Tompkins County (THC) will have exhibit space. The History Center will work with Center partners, including the Wharton Studio Museum, the Ithaca Aviation Heritage Foundation, and the Dorothy Cotton Institute, to share multiple historical narratives with visitors. The Ithaca/Tompkins County Convention & Visitors Bureau will have a visitor information center and retail space in what once was the Ithaca Trust Company’s main floor, and above that cultural heritage groups will have office space. The Community Arts Partnership will host a gallery space on the first floor of the former County Clerk’s Office, and THC’s research library will operate there as well. The area that once was Cornelia Ackley’s News Emporium will now be an entry atrium—named the Tompkins Trust Company Atrium after its former owner—that welcomes county residents and visitors.

The adaptive reuse of these old buildings for a new cultural heritage center honors the history embodied in them and preserves the many stories they tell.

Your ticket for: About Building